Childhood Apraxia of Speech. What Is It?

Childhood apraxia of speech (CAS) is a motor planning and programming disorder that affects speech coordination. A child knows what to say but they find it hard to speak as they might not be able to move their lips, tongue and oral muscles appropriately in order to say the specific word. There is no muscle weakness, as it is the brain that finds difficulty in sending the messages to the muscles in order to speak.

SYMPTOMS THAT ARE OFTEN PRESENT ALONG WITH CAS

HOW THIS IMPACT THE CHILD

Speech motor planning and programming: using speech drills, such as asking your child to say words or phrases many times during a therapy session.

One of the evidence-based treatments for children with CAS is ReST (Rapid Syllable Transition) whose goal is to address the core features of CAS. It is principally for children aged 4 to 12. ReST uses pseudo-words (from 2 syllables to 4 syllables- made up for the child appositely) organised in a series of blocks. Each block is composed by the same 20 pseudo words but randomized. The child needs to have in total 100 drills in one session. The child in this way will learn how to transition smoothly from one sound to another within words, how to change pitch and rate during conversation and how to be more accurate in pronouncing the right sounds.

Backward chaining is a common strategy used to help children with ideomotor apraxia to learn new skills. You start by breaking down a task into steps. Then, complete all of the steps except for the last one. Let the child complete the final step, giving them the feeling of success or even a reward. Repeat the task a number of times. Each time you repeat it, do one fewer steps until the child is doing the task on their own.

Ilaria holds a Bachelor Degree Honours in Speech Pathology and she is a fully registered as a Speech Pathologist in Italy. She is completing a research project partnering with The University of Sydney in Childhood Apraxia of Speech, a motor speech disorder affecting children’s ability to program and plan oral muscles in order to elicit speech sounds. She has presented work in conferences in Italy (AIDEE Conference), USA (Motor speech Conference) and Australia (Speech Pathology Australia Conference).

For further information, or if you would like to make an appointment:

A 100% free, interactive, 30-minute online training program to support parents and caregivers of children on the autism spectrum 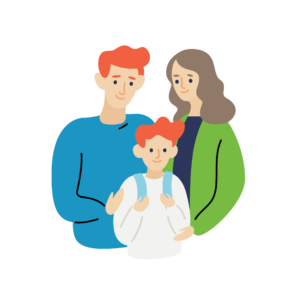